Ichinosuke is a Large Fat Man with dark hair and a flat top hair style. In his brute form, his head turns into that of a hippo and most of his body turns grey.

He's very humble and not above kneeling to ask someone for help and It was seen that he prefers a dignified death than being seen as a coward when he was alone with Tiger, he knew how dead he was, but he decided not only to stand up and be killed without fighting He is also a person who has Honor before reason, even if he comes back to bite him later in a fight, he will always fight to save the lives of others. Let them be those of your opponents, strangers, friends and yours.

before being transformed, it is strong enough to defeat the already transformed porcupine, simply hitting it with its body and norquear it but Thanks to his strength as a hippopotamus, he can run in short bursts of speed and tackle his opponents with surprising force and Through the partial transformation of your skin, you can receive potentially lethal blows like those from Tiger's claws without dying first.

Kaba tackle:it is an attack with enough force to separate the tiger and the crocodile, it was even able to throw pangolin and save the tiger 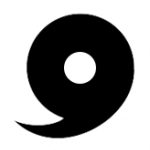